Taking on Your Legal Challenges

So You Can Focus on Your Recovery 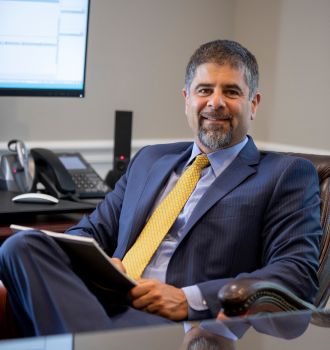 Benjamin Rabin was admitted to practice law in NY in 1994. After a brief stint as a public defender in Syracuse, NY, he worked for a small practice in Syracuse where he helped start the personal injury department. From there, Ben was hired as counsel for Cigna Insurance Company, and he handled cases all across New York, defending Cigna Insureds who were sued.

In 1999, Ben went back to his passion of representing injured people, working for a personal injury firm in Syracuse. He did that exclusively for over a decade, along the way handling major cases, and great numbers of them. Ben has handled wrongful death cases, paralysis cases, loss of limb cases and many more. He has trial experience in many of the counties across upstate New York, as well as in the Court of Claims where he has pursued NY State itself.

"Having worked over 2,000 personal injury cases in my career, I know exactly how to guide you every step of the way."

Ben has been repeatedly named “Superlawyer” of Upstate NY as well as “Top Attorneys in Upstate New York” by Hudson Valley Magazine.”

Ben continues to extensively further his education in the specific field of injury law, both attending and lecturing at Legal Education Courses. He has lectured to other lawyers on many personal injury and trial topics, including “Motor Vehicle Accident Litigation” where he spoke on the specifics of motorcycle and bicycle accidents as well as “Basics of Handling an Auto Accident Case” for the New York State Bar Association, “Plaintiff’s Personal Injury From Start to Finish”, “Handling the Auto Injury Claim” and “No-Fault Claims and Litigation: From Start to Finish” for the National Business Institute and “Decision” (an update on personal injury legal issues) numerous times for the New York State Trial Lawyers. Ben also recently taught “Identifying Personal Injury Cases” for the Onondaga County Bar Association.